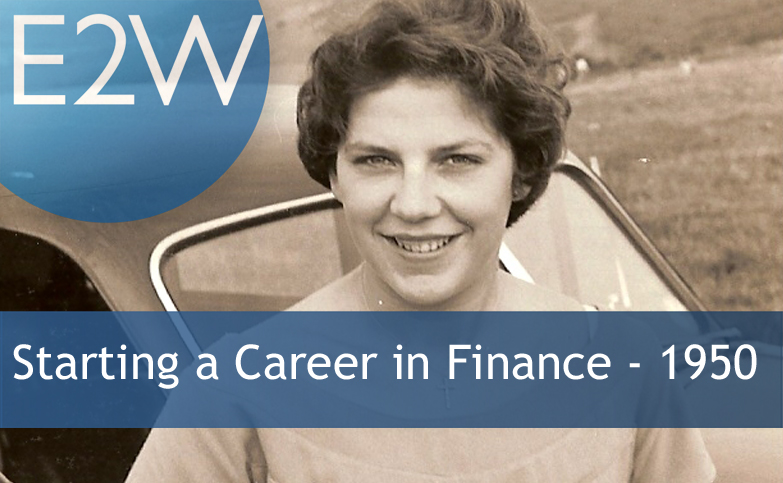 Next year is the 100th anniversary of women securing the right to vote in the UK. As part of celebrating the centenary, we will be taking a look at the financial services careers of women over the years. The following is an example of what we look to produce in 2018. If you have any ideas, stories to add from yourself, or anyone who would like to contribute please contact us at Mark.Freed@e2w.co

It was the early 1950’s in Brighton, East Sussex. Lots had happened in the past 10 years, during the War – US and Canadian Soldiers that were billeted with us and provided me with chocolate (I was too young for their Nylons) had left us to finish the War in Europe. I was reunited with and got to know my three elder siblings who had been evacuated. Life was good, I was sporty and in the Tennis, Netball and Stoolball teams. 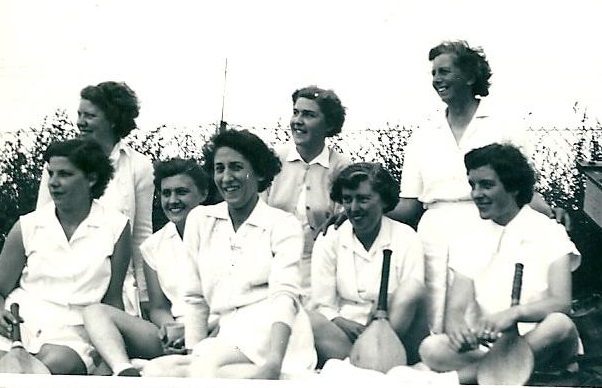 By comparison with today career options were limited, particularly for girls. Teaching and nursing were the favourites, or an office job. If you went into an office the best place to work was in a bank. They were respected places to work, as a fundamental part of the local economy and infrastructure, they paid well and looked after you.

I got a job at the local Midland Bank branch in Brighton. My salary enabled me to afford things others could not. I went Skiing in Switzerland, took my first trip on an aeroplane for a holiday in Jersey, and as clothes were becoming more available I was able to buy the latest fashion. At that time there were different jobs for girls and spinsters and then there were the jobs for men and boys. The girls’ jobs were mostly repetitive and definitely not managerial - checking that signatures on cheques matched those on record, adding columns of figures – pounds, shillings and pence in those days.  I can still add a column of figures quicker in my head than using a calculator, and love doing Sudoku puzzles on my iPad.

All the jobs for girls were back office, behind the scenes. When you got married your contract of employment changed to a temporary one - it was expected that you would leave your career behind imminently, to look after your husband or your first born who was sure to arrive soon. It was a common practice and called a marriage bar.

Should you be unlucky enough to have not secured a husband by the age of 35, the bank was reasonably sure you would not get married and they would start to allow you to undertake more 'male' roles. It was accepted that men would earn more than women even if they were doing very similar jobs.

I did give up my career when my first child arrived in 1958.  However, I started work again on a part-time basis when my second child was about 10.  I finished my career working in the insurance sector in the city of London in the 1980 and 90’s. I look forward to sharing my memories of returning to financial services in the post sexual revolution/yuppie/macho man world of the 1980’s.

More about: The marriage bar

The marriage bar was the exercise of restricting women from entering certain occupations, and allowing the termination of woman’s employment when she married. Introduced in the interwar years post World War I, the bar was justified by a struggling economy and high male unemployment.

Behind the bar was the belief that women could not handle the demands of home and work life adequately once they were married. From 1944 on the bar was slowly lifted across the UK. However, it remained in some places until as late as the 1970s. The Foreign Office kept the bar in place, though altered, until 1973. It included restrictions on hiring – women were limited to 10% of those hired per year, to avoid “embarrassing numbers”.