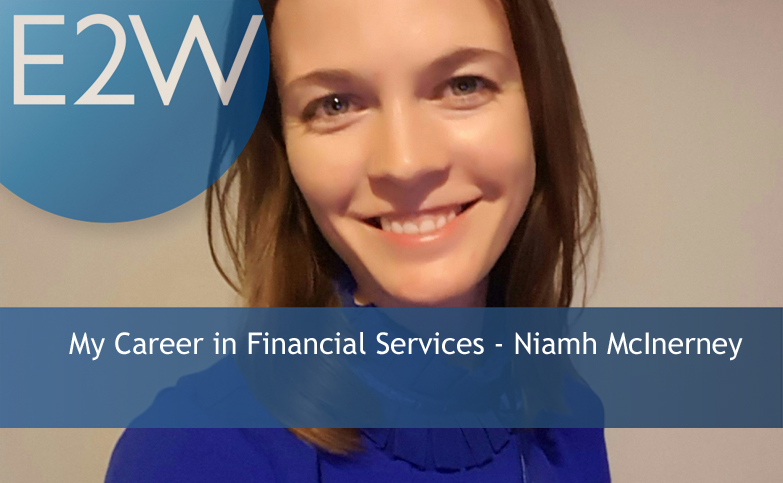 Next year is the 100th anniversary of women securing the right to vote in the UK. As part of celebrating the centenary, we are producing a history of women’s careers in financial services over the years. In the latest in the series we meet Niamh McInerney - Executive Director Corporate Treasury at Morgan Stanley.

I started my banking career at Goldman Sachs in 2007 and I didn’t see any differentiation between men and women.  The same opportunities existed for both genders, it felt like a meritocracy and it looked and felt as though there was an equal number of men and women in the workplace.  It felt diverse and it was – there really seemed to be a cross-section of society present in the organisation and that was the same at Morgan Stanley when I moved there to work in its Corporate Treasury department.

I’ve only really noticed a difference as I’ve become more senior and moved up the ranks at Morgan Stanley: my peers are different, the environment’s different – it’s not as diverse.  There are fewer women. This is not only a Morgan Stanley problem, it’s an industry one.

My key to succeeding is simple - know your audience.  Since senior management predominately comprises males, I need to talk like a man. I have always been pretty direct but now I definitely feel that to take my seat at the table, my alpha-female side needs to come to the fore, and I see it in my female peers too.

I have read reports that show that the benefits of gender diversity are not received until more than 30% of the room are made up of women. Less than that and the underrepresented gender tend to take on the traits of the other members of group. These reports resonate with me.

I have a good relationship with my manager and thanks to conversations with him and mentoring by him, I’ve learnt the best way to communicate with other men.  In the main, men seem to need less detail and it’s interesting because when I’m in meetings with both men and women, often women will approach me at the end with questions – they want to analyse the material, they want to understand the details.

I only know of one very senior woman who isn’t an alpha-female – she has a more gentle style, more typical of a woman.  And yet she’s succeeded.  But she seems to be the exception to the rule.

With the commitments to gender diversity that Morgan Stanley, and other firms in the industry, are making I look forward to being part of the immense change that is going on in the industry today – making it a better place.
It’ll be interesting to see what it’s like for senior women in another 100 years – will they still need to be alpha-females or could they be gentle and more detailed focused? And will men also need to adapt their behaviour?