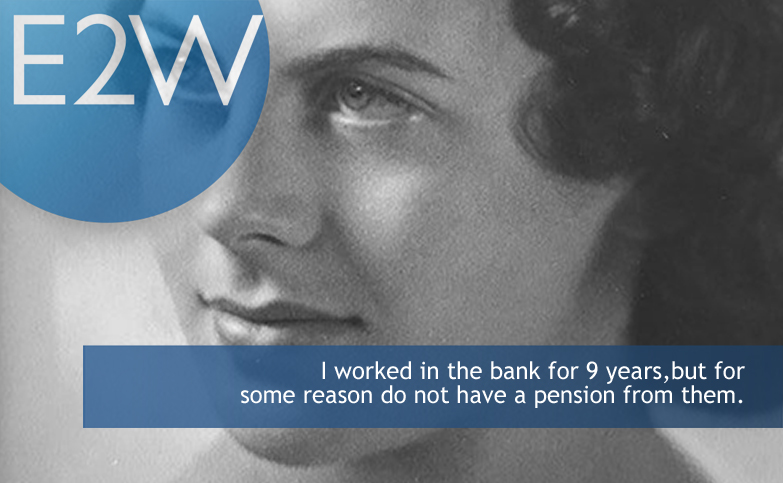 Two weeks ago, we featured the story of one woman’s financial services career, which brought up issues of the past like the marriage bar. This week, we have another story, which raised the issue of women’s pensions.

Sheila Buckingham – 1950s
“I joined Midland bank when I was 18 in the early 1950s, and earned £4 a week. A decent pair of shoes cost 3pounds 10shillings (£3.50) and a winter coat cost a month’s salary. There were 35 personnel in our Brighton branch, and 4 people were allowed to go on holiday at one time. Seniors (men) had first choice, so we (the girls) usually ended up having our 2 weeks of holiday in October. We were allowed 1 Saturday off a year – how do you decide which Saturday is going to be the most important out of 52? I guess we saved up for holidays, and they weren’t jetting off on an all-inclusive. One was going to Spain with my girlfriend on her motorbike, and the other was to Jersey by boat and staying in a B&B.

“The only career prospects were manager’s secretary and cashier (not head cashier though!), and I don’t think you got more money. I stood in for the secretaries when they were on holiday, and I didn’t get any extra benefit. All the men were senior to us, apart from the office junior, and he probably got the same as us, but I’m not sure. 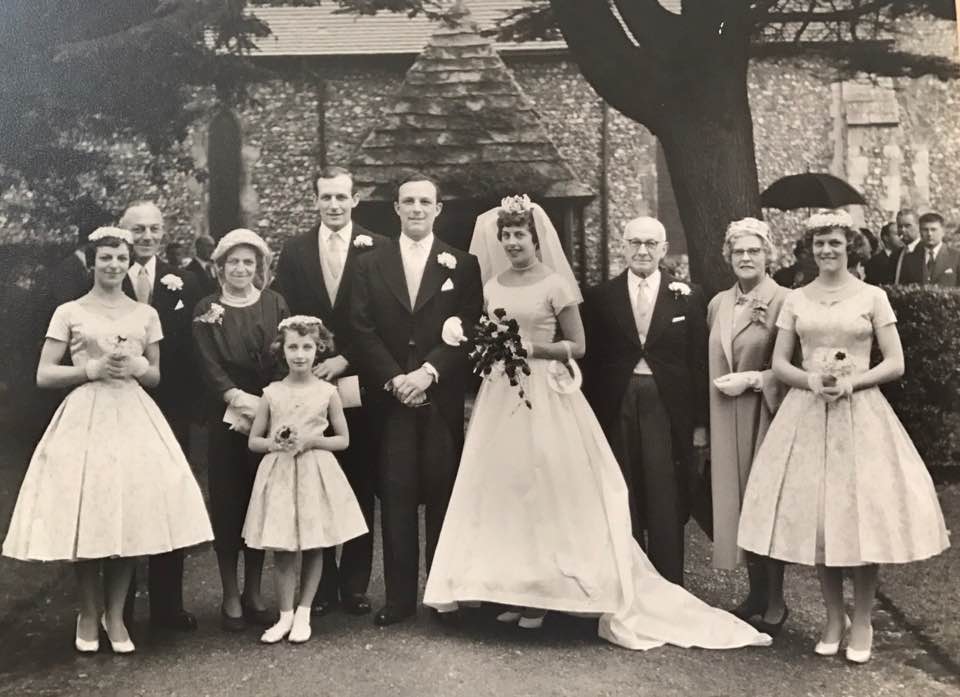 “When we were expecting a baby we had to resign at 6 months, with no job to come back to and no maternity leave. I worked in the bank for 9 years, but for some reason do not have a pension from them.

“Having said all that, I really enjoyed my time there – our accountant was an ex Sergeant Major and ruled us with a rod of iron. We hated him but he made sure we didn’t make any mistakes, and that discipline taught us to do a job well – and that has lasted throughout the rest of my working career (not in a bank!).” 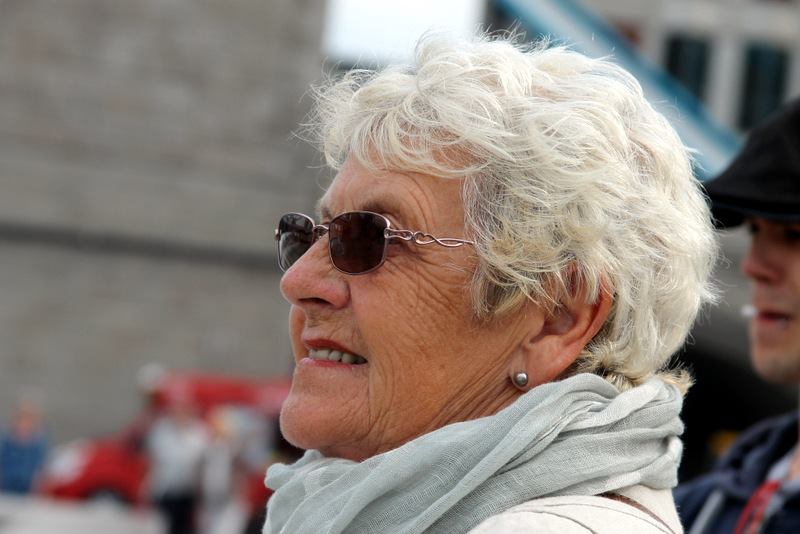 More about: Women’s pensions
The history of women’s pensions is tricky – the argument over whether women were and are treated fairly by the system remains contentious. Between the wars, despite the rising numbers of women in the workforce, they were disadvantaged by the system. Due to the marriage bar, women were compelled to give up types of employment that typically provided an occupational pension (e.g. white-collar jobs, banks). Once married, they were obligated to exchange their pension entitlements for a lump-sum gratuity.

Even after World War II, women could be barred from pension schemes due to the likelihood that they would leave upon marriage. It remained legal to refuse a woman admission to a private pension scheme if they were married or worked part-time until 1970. More likely to work in sectors where pension provisions were less prevalent and not entering ‘pensionable work’ in large numbers until the 1980s, poverty in later life was a real risk to many women.
As a result, elderly women today suffer from unfair policies of the past. In 2015, women’s average personal pensions were only 62% of the average for men. Due to career breaks and being more likely to work part-time or in a lower paid job, many do not qualify for the full state pension – in fact 69% of women receive less than the full basic state pension, compared with only 15% of men.

Playing into this inequality in later life is the gender pay gap. With a high number of women in low pay or part-time work they may not qualify for certain schemes, and any salary-related pension will tend to be less.

Of course there has been improvement for women in the workplace and in their retirement. However, the history of women’s pensions shows the importance of tacking issues of inequality in the workplace sooner rather than later.

Next year is the 100th anniversary of women securing the right to vote in the UK. As part of celebrating the centenary, we will be taking a look at the financial services careers of women over the years. The above is an example of what we look to produce in 2018. If you have any ideas, stories to add from yourself, or anyone who would like to contribute please contact us at Mark.Freed@e2w.co