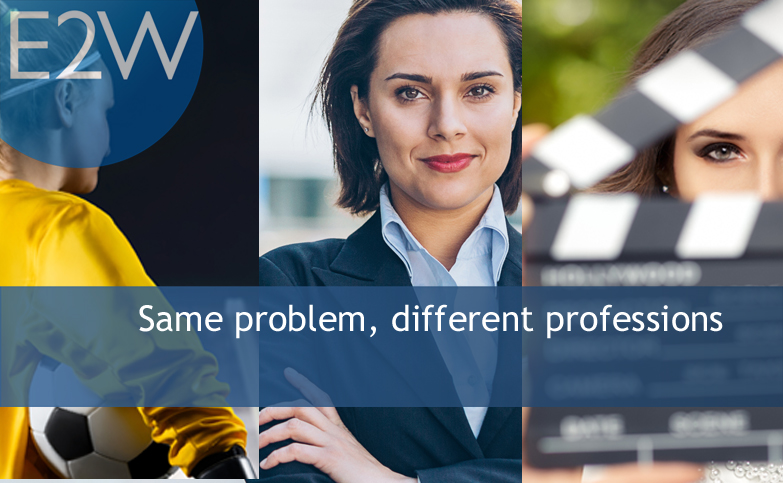 Football, entertainment and financial services – what do they all have in common?

In the press recently there has been lots of coverage of women’s issues.  Here Mark explores some of them and realises that women are facing similar issues and that they need to stand up and be counted.

Football, entertainment and financial services – what do they all have in common?

Don’t worry, this isn’t a really bad Christmas cracker joke that I found, this is real life.  All of these industries are suffering because of women, dare I say: because women are not being given the opportunities and support – not enough qualified women, not enough women in roles and not enough women making it to the top.  Same problems, different professions.

In December, it was reported that The Football Association (FA) is finding it difficult to source female candidates for the role of manager of the England women’s football team.  There are many people applying to fill the shoes of Mark Sampson but very few are women.

The crux of the problem is women lacking the prerequisite coaching qualifications.  Of the 390 people in England that hold the qualification to manage a team such as England, only seven are women.

The FA and in particular Baroness Campbell, head of women’s football, is tackling this by actively looking for and attracting women to the managerial career path.  They plan to offer subsidies and support for the basic coaching qualifications and they will be offering women-only intakes for some coaching courses.

In the last week or so, we’ve seen remarkable support for women and women’s issues at the Golden Globes.  There were several issues being highlighted but the one that resonates with E2W is the 50:50 badge worn by some British actors and Barbra Streisand’s plea for more female directors to be nominated for a Golden Globe.

In the world of British entertainment, they too have the 50:50 by 2020 pledge thanks to the ERA campaign.  They, like us, are urging decision makers of major TV channels (producers, directors, casting directors and the like in their case) to cast more women in drama and comedy roles so that there is 50:50 visibility of men and women on our screens by 2020, as they say, to reflect society as a whole.  They even have a casting guide which advocates placing women in roles other than just mother/daughter/sister/neighbour etc.

And Barbra Streisand’s plea echoed this for those behind the camera; she was sincere, but yet barbed towards the Golden Globes – she was the last woman to win the Golden Globe for best director in 1984, 33 years ago!  And it’s not as if there aren’t female directors around, is her point, as she highlighted on social media later.  So why are they not being celebrated and awarded?

Thanks to anecdotes from our members, data such as our members’ survey and the Government’s Gender Pay Gap Reporting, we, at E2W, know that, unfortunately, women continue to be under-represented in senior roles in the financial services’ sector too.

E2W works with banks and other financial institutions to help them see the strategy they need to implement in order to achieve greater parity and collect the gender dividend, and then, to realise their gender diversity targets.

We also help our members, our community of financial services professional women, start or further their career in this sector and we understand the issues that women face – male orientated interview processes and the lack of clarity surrounding flexible working being just two.

There’s a great deal of positive action being taken to help support and promote women.  As an industry, we’re not alone in facing this problem of gender diversity nor, luckily, of trying to resolve it.  There’s only so much we can do though and a lot of it is down to women speaking up and coming forward.  Stand up and be counted.

If you would like help to further your career in financial services or if you’ve had a career break and wish to return to the City, then please do contact us.  My partner Tina, our career coach Rhian and I are here to help you plan your own career strategy and achieve your goals.  We don’t have experience in applying for a football manager’s job though.