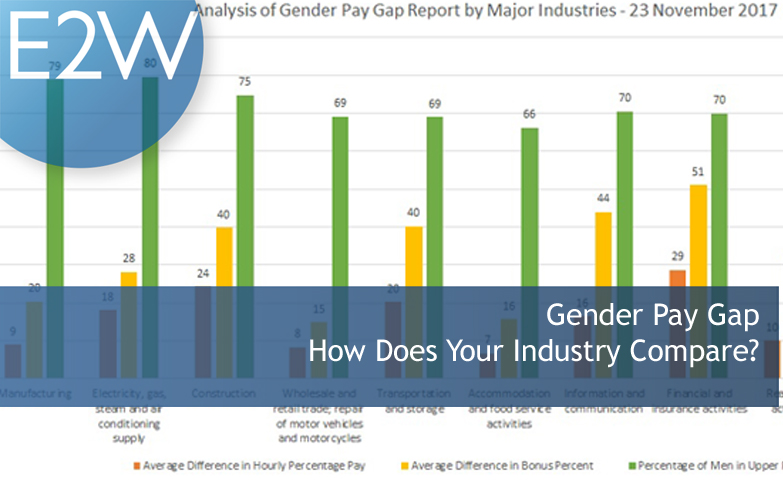 As the deadline for gender pay gap reporting becomes ever closer (April 2018), Mark Freed examines how other industries’ gender pay gaps compare to that of financial services.

I am, some might say, becoming a little obsessed with gender pay gap reporting but that’s because it matters.  For the first time, we can scrutinise pay scales across a wide range of organisations.

Over 250 firms have reported their gender pay gap figures (as of 23 November) so I thought it time and interesting to compare industries.  A quick download, some data manipulation and putting my excel skills to the test I have come up with this:-

What does it show?

And then financial services …

There’s quite a contrast between these two sets of figures but, you could argue that we’re comparing apples and pears!  Manufacturing and financial services have their own specific challenges, history, skills required and, of course, outputs.  Still it’s interesting to see how other industries fare.

Whilst financial services seem to be doing comparatively well with only 68% men in top earning jobs, the poor pay and bonus gaps’ statistics demonstrate how much we still need to achieve.

The Co-operative Bank has become the latest financial organisation to reveal their gender pay
Gaps -  the April 2018 deadline is looming for large employers to report their figures.

Pretty much all in line with industry averages – so far.  It’ll be interesting to see in April how the final figures look.