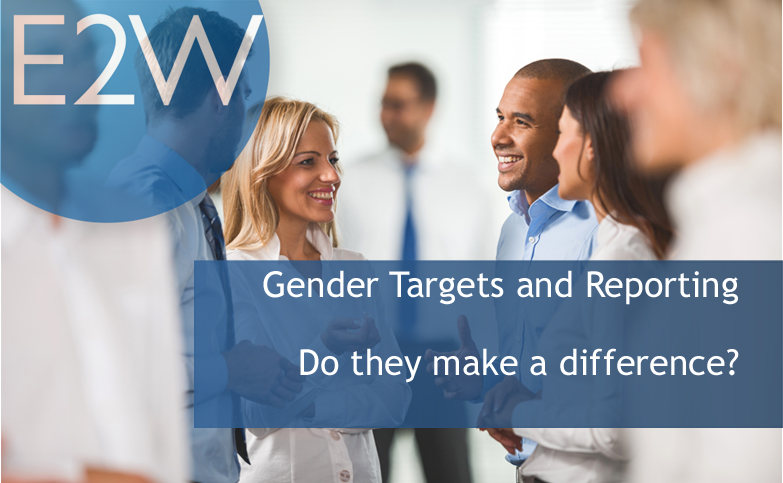 Gender Targets and Reporting:  Do they make a difference?

In April, the merits of gender quotas versus those of gender targets were discussed. While the benefits of quotas can be questioned, governments have introduced meaningful legislation and support for gender equality in financial services.

Currently, European countries lead the way in increasing female representation across all levels in financial services, with 30% of board seats at the top 500 companies held by women. This progress has been driven by a number of factors, but the role of government in implementing targets and defining their support for gender diversity has been key.

One example of legislation, other than quotas, implemented requires companies of a certain size to release information about their gender pay gap. In the UK, such legislation will come into effect this year.

The influence of government can be seen when looking at differences across the world. For example research found that Asia lags behind other regions, with women holding just one in eight seats on the boards of their largest companies. Only eight of the twenty countries surveyed in Asia have strategies in place to increase female representation at the senior level.

The influence of government targets has been shown, with Japan introducing a goal of women representing 10% of management positions by 2020. While being a comparatively low figure, it has had an impact – female representation in senior positions increasing from 1.8% to 3.4%.

In the US, roughly 20% of board members at the top 500 largest companies are women. In 2016, government announced legislation that would require employers with more than 100 employees to publish a summary on wages paid, in an effort to combat the gender pay gap. However, such legislation has now been revoked.

While the methods governments use can be questioned, their support for gender diversity in business is crucial. With effective strategies in place, they can help progress towards gender equality.