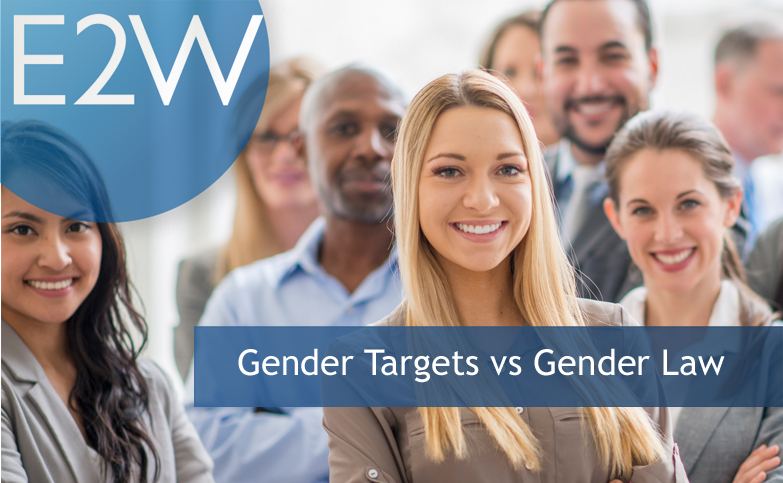 There is no doubt that women are underrepresented in senior roles in financial services, with only one in four of employees rising to senior positions being women, according to research by the Financial Times. Evidence shows that having more equal representation at all levels is good for business – so what needs to be done to improve gender equality at senior levels? One method is implementing laws, one is to set targets – which has more merit?

Introducing quotas can be unpopular, but appears to make progress – at least on the surface. France introduced the Copé-Zimmerman Law, mandating that large companies have boards comprising at least 40% women, which came into effect in early 2017. Looking at the board of directors of French banks like BNP Paribas and Société Générale, women are very well represented – a quota has had an obvious impact. However, looking one tier down in the company reveals that this is not the truth throughout. The BNP Paribas General Management and Executive Committee has just one woman out of 18 members. Furthermore, reports surfaced in 2016 of companies rushing to meet the quota, many looking further abroad for foreign candidates and those from other fields.

Although, the effectiveness of quotas has been proved in countries like Norway, where significant progress has been made throughout firms with the implementation of both gender quotas and targets.

What about targets? The Women in Finance Charter sets gender diversity targets for those who sign onto it. There has been progress made by those who signed up, for example the boards of firms like Standard Chartered and Barclays, have become more gender diverse, as have other senior positions in the companies – more so than some French banks.

Gender targets have proved to be effective – research done by McKinsey & Co. and Lean In found that firms with set targets for gender diversity outpaced those who didn’t in appointing women to senior positions. Recently, a committee of MPs recommended the government set a target that half of appointees to senior executive positions should be women in major companies.

According to the American Women in the Workplace study, at the current pace it will take over a century until gender parity is established at the top senior executive level. While the effectiveness of quotas or targets can be debated (perhaps there is an argument for both), what is clear is the need to put in place practical methods to diversify senior positions.