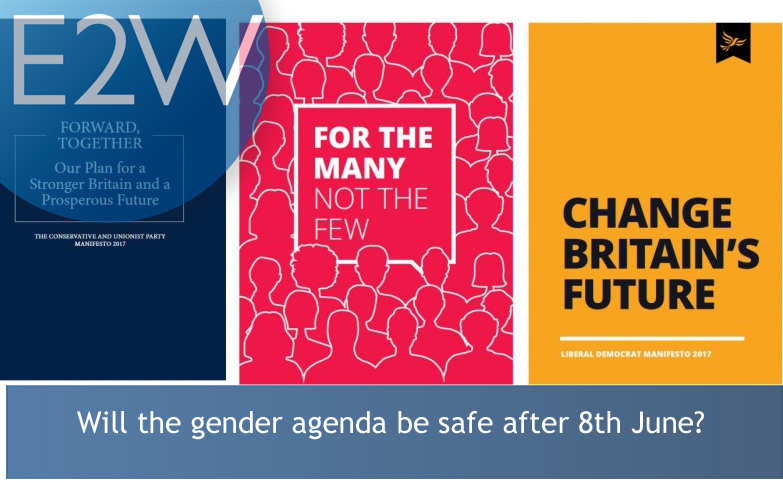 Will the gender agenda be safe after 8th June?

Over recent years, much legislation has been introduced to ensure a fairer and more diverse working environment, including the requirements for large firms to publish gender pay gap data, and the Women in Finance charter. Will such work be safe after the election?

In the past week, three major parties have released their manifestos for the June general election – and each includes detail on the steps they would take to move towards gender equality.

The Conservative party has pledged their commitment to continue initiatives aimed at increasing the number of women on boards, and support for female returners. Additionally, they will require companies with over 250 employees to publish more data on the gender pay gap, and also publish data on pay differences by ethnicity, age, and level of seniority.

Similarly, the Liberal Democrats have promised to extend requirements for publishing data to include ethnicities and LGBT+ gaps. Furthermore, the manifesto pledges support for women on boards, and extend childcare funding to support women returning to work. The party also plans to extend use of name-blind recruitment in the public sector, and encourage its use in the private sector.

It’s heartening to see the issue play an important role in each manifesto, and the journey towards gender parity seems to be in safe hands -whoever wins on June 8th.