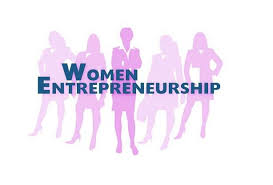 Supporting the development of women entrepreneurs

Women’s Entrepreneurship Day (WED) – 19th November, was founded in 2014 by long time animal rights activist Wendy Diamond. Diamond said she was inspired to create a movement around women entrepreneurs after volunteering with an organization that supplied microloans to women-owned businesses.

Rather than another Black Friday event to continue the momentum, the group dubbed Wednesday December 2nd 2015, Women on Wednesday, #WomenWOW, and hope to encourage people to invest in and shop at women-owned businesses on that day, much along the lines of Giving Tuesday and Small Business Saturday. “Everyone knows a woman in their community who has a business, whether it’s a bakery or a tech company,” she says. “It’s easy to support them.”

Speaking at last Thursdays event (19th November) Wendy Diamond emphasised why the world needs Women’s Entrepreneurship Day and the powerful ripple effect when women run their own businesses. “This isn’t just about women supporting women, but men supporting women as well,” Diamond says. “When women earn money, the majority goes toward providing for her family and their education. With that stat alone, everyone in the world, including men, should be supporting women-owned businesses.”

In the business world, men still hold the majority of the wealth, little of which finds its way into the hands of women-led enterprises.

Research shows women own more than one-third of U.S. businesses and yet, a mere 2.7% of companies that received venture capital funding between 2011 and 2013 had a woman CEO at the helm. The same study found businesses run by all-male teams were more than four times as likely as companies with one woman executive to receive funding from venture capital investors.

Part of this discrepancy can be attributed to the glaring gender imbalance in the venture capital industry itself, firms with women partners are four times more likely to invest in companies with female CEOs (58% vs. 15%), however, only 6% of venture capitalist firms have women partners on staff.

There’s been a big push in recent years to fix the pipeline between women business leaders and eager investors. There are angel investing networks like Astia that specifically target women-run start-ups, and the Small Business Association has loan programs dedicated to working with women and minorities a recent report found only 4.4% of female-owned businesses are granted conventional small-business loans.

“Supporting women entrepreneurs is about changing the mindset of women and girls around the world,’ says Diamond, the founder of Animal Fair media, author, and TV reality star, and the force behind Women’s Entrepreneurship Day, November 19th, at the United Nations.

So, let’s give a lending hand and donate some time, talent or treasure on December 2nd to Women’s businesses.