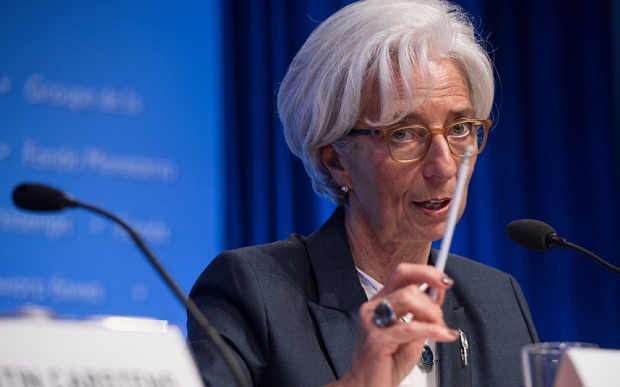 In an article taken from the Telegraph, Christine Lagarde speaks about how more women in finance could make banks work better.

Greater female representation in the banking industry and extending financial inclusion could make finance work better, and for more people
More women at the top of the world’s leading financial institutions could help to avoid future market panics, Christine Lagarde of the International Monetary Fund has said.
Speaking in Washington, Ms Lagarde aired concerns that a dearth of women in finance needed to be addressed, and that financial stability might be improved as a result.

A lack of good corporate governance in finance could be ameliorated by the introduction of more women at the top of the industry, the IMF director said, noting that “several studies have shown that female leadership is more inclusive”.
As a result, it could dampen appetite for excessive risk taking. “Probably a little more risk averse, but there might not be something that wrong in being occassionally risk averse,” she added.

Ms Lagarde reiterated a question she posed in 2010: “What would have happened if Lehman Brothers had been Lehman Sisters?”. She pointed out that 42pc of women across the world lack access to basic financial services, compared with 35pc of men. “Financial inclusion is particularly important for women, empowering them economically, and allowing them to invest in education.”
Women are also underrepresented in finance, with less than 20pc of bank board positions filled by women, and females hold just 3pc of bank CEO roles. “Clearly, we need to do better,” Ms Lagarde said. Increasing financial inclusion might improve the “culture” of the financial sector, Ms Lagarde said, to better “align financial incentives with social objectives”.

Ms Lagarde’s comments echoed the findings of the Commission on Banking Standards, which two years ago recommended that the banking industry address an “overwhelmingly male” culture on its trading floors.
The IMF director spoke alongside Janet Yellen, the chair of the US Federal Reserve, who said that greater financial inclusion “has disproportionately benefited the poor and served to alleviate economic inequality”.

Ms Lagarde said that working to fix corporate culture should happen in tandem with regulation of the sector. Finance has had a “culture of compensation based on short-term gains rather than sustainable profits”, Ms Lagarde claimed, which she said “induces greater risk-taking and short-termism”.
She proposed that employers should move towards compensating their employees based on the long-term performance and soundness of the company they worked for. Remuneration might have to be subject to cancellation or claw-back to reflect misconduct, weaker performance, or where institutions receive taxpayer support, she said.