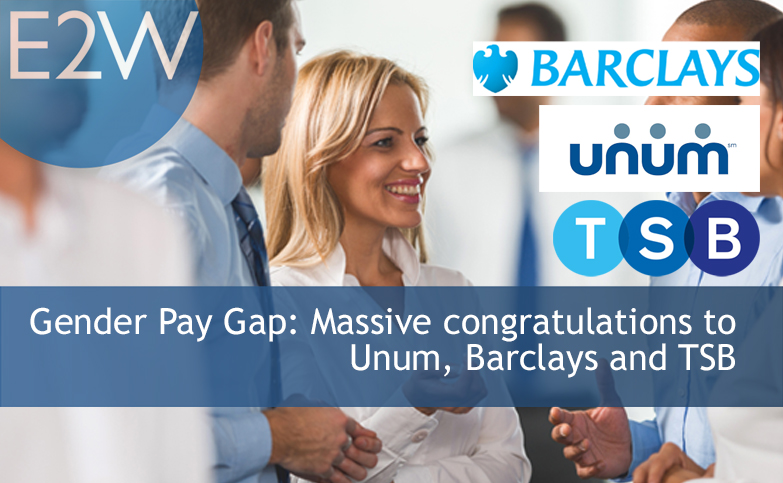 Drum roll please – this is no average blog!

As April looms, more and more financial institutions are reporting their Gender Pay Gap statistics.  Mark Freed helps you make sense of the data and know what to look out for.

As financial institutions are starting to report their gender pay gaps in increasing numbers, E2W has needed to consider what to make of, and how to report, on the numbers.

Organisations are required to report on the mean and median difference between men and women’s ordinary pay & bonus pay.  Additionally, they are required to report gender split by percentage of men and women in each pay quartile.  Statistics being what they are means that quite often there will be a large difference between the mean and the median ordinary pay percentages and bonus pay which makes reporting and understanding these quite difficult.

So what numbers should we at E2W focus on?

Analysing those institutions that have reported as of 26th February 2018, indicates that across the industry, on average, firms have 29% of women in the top quartile of earners.

There are of course major differences by sector within financial services, which as at the 26th February 2018, looked like this.  Some sectors have not had any firms report to date such as foreign/overseas banks & asset servicing companies.

Average % of women in the top quartile of earners

At E2W, we are positive that progress in gender diversity can, and will, be achieved; with that in mind, we are eager to identify and praise the successes within gender pay gap reporting in the financial services’ industry - after all, it is these institutions that are probably putting significant effort into being great (or better) places for women to work.

So here are our highlights for this week.

Barclays International (Investment Bank) – for being the first investment bank to publish their figures. They have been described as shocking by some, as only 19% of its top earners are women, but I expect we have far worse to come from competitors.

Unum Insurance was one of the initial signatories to the Women in Finance Charter and is currently leading the way in the insurance sector with 36% of their top earners being women.

Barclays (Retail) and TSB are leading the way in reporting their statistics in the retail sector.  They have reported 45% and 48%, respectively, of their top earners being women.

* All organisations that employ more than 250 people in the UK are now required by law to report their gender pay gap statistics to the government before the 31 March 2018 for public sector organisations and 5 April for businesses and charities.  More details can be found on the gov.uk website

The gender pay gap is the difference between the average/mean earnings of men and women working for the organisation, expressed relative to men’s earnings. For example, ‘on average, women earn 15% less than men per hour’.  It should not be confused with equal pay.