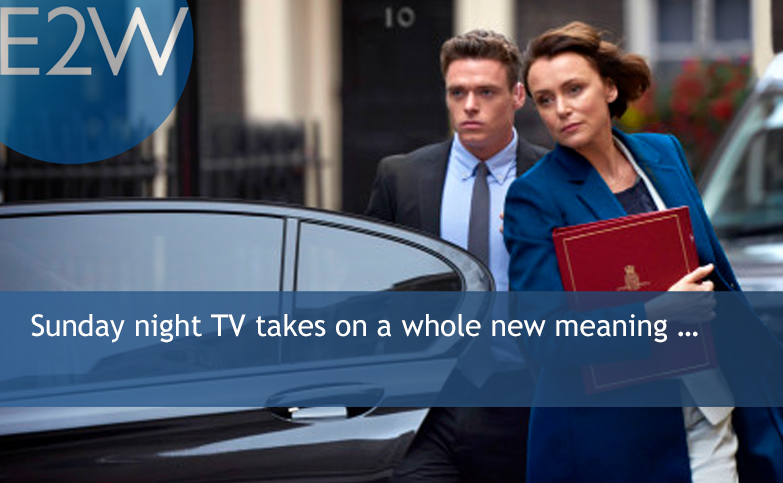 Aspirational TV is helping to make people consider more women in senior positions.  Does it feel like fiction, reality or, hopefully, the future to you?

A few weeks ago I wrote a piece on how popular culture is rebelling against stereotypes thanks to Doctor Who having its first female doctor.  A little while later, I was out shopping and I overheard two women complaining that there had been too many women in senior positions in the BBC One Sunday night drama, “The Bodyguard”.  I couldn’t believe what I was hearing and it got me thinking…

The term ‘aspirational TV’ usually applies to programmes like “The Real Housewives of Cheshire”, programmes which show an abundance of wealth and luxury, to which, presumably, the creators think we all aspire.  But I’d like us to turn the term ‘aspirational TV’ on its head and to think of “The Bodyguard” and programmes like it as fitting this genre.  It’s true that there aren’t women in all the senior roles across the civil service at the moment but why couldn’t there be?  Isn’t this what we’re aiming for: more women in senior roles to minimise the gender pay gap, provide women with increased opportunities, build a platform for more creative thinking & greater productivity in organisations?

“The Bodyguard” was certainly put on trial after its final episode for numerous reasons.  If we focus on the ‘crime’ of too many women in senior roles, some criticism was that it was fine to have so many female leads but at least provide a dose of reality to the fiction: some banter between men and women, derogatory comments made about a boss behind her back because she’s a woman, for example.  “Prime Suspect” was given as evidence for the prosecution, a programme from the ‘90s featuring Dame Helen Mirren in the lead role but where sexist comments towards her were definitely part of the script.  It was a great TV series and yes, it was gritty and realistic but it was from a different time.  These days, we need to be showing our girls and young women, what they should expect, not what they should put up with.

I applaud the makers of “The Bodyguard” for having so many female leads.  I’m pleased that viewers noticed to the point where they discussed it with friends.  We need people, even women, to change their views and perceptions of the world, and popular culture is a great way to do this.  TV like this gives us role models and suggests a way of life that isn’t beyond the realms of possibility.  Just think, the programme may have inspired a young woman or teenage girl to aim higher, or expect more from their career, rather than putting up with how it’s always been.

(I’m sure some people didn’t even notice so many female leads, and I’m hoping that’s because they think it’s perfectly normal.)

I’ll end by saying that at this moment in time, we have a female prime minister and we have a female head of the largest UK police force, the Metropolitan Police, Cressida Dick.  Is that too much?  Too many senior women?  This isn’t fiction, this is real life.  Let’s aspire for more.