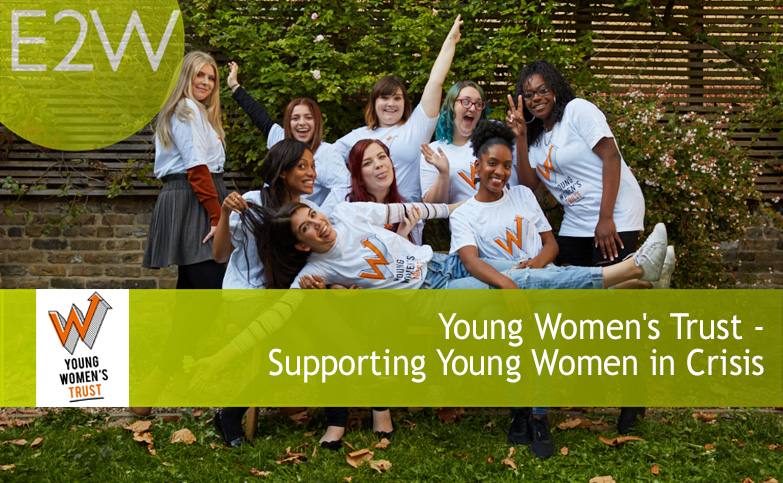 We ask you to take the time to read the below blog from the Young Women's Trust, during this unprecedented time, they really need our support.

An emergency fund helping economically vulnerable young women during the Covid-19 outbreak, which aimed to raise £50,000 has been achieved and exceeded, raising over £125,000 in the last three months.

Today, the Young Women’s Trust is setting itself a new target for the fund, four times its original, to raise £200,000 in total to help young women trapped in poverty as a result of the virus.

The money raised by the fund, set up in March by Young Women’s Trust, is in the process of helping 750 young women. The fund distributes one off payments of £150 to pay for food, bills and other essentials like children’s schoolbooks. If the fund reaches its new target, it will be able to help 1,750 young women by the autumn.

The emergency fund has already been helped by significant donations and the generosity of businesses and the organisation’s large network of feminist allies. The fund has received £25,000 from the beauty brand Olay and £25,000 from the Smallwood Trust – both long term supporters of Young Women’s Trust. £21,000 was also raised by members of the public through campaigning organisation 38 Degrees.

Young women have been particularly badly affected by Covid-19. More likely to have been working in shut down sectors like hospitality and retail and mounting hours of unpaid work caring for children, friends and family, many young women are locked out of paid work. According to domestic violence experts, abuse has also skyrocketed in recent months, leaving young women and children more vulnerable than ever.

One young woman, who chose to remain anonymous, told the organisation: “Thank you so much for the money. I am currently really struggling financially, I am a mother of five but only get support for two. I am also not working at the moment so even to eat or buy food or shoes for my children is a struggle. With that money I was able to install my new cooker. I recently moved to an unfurnished property and am having to buy everything and used the money to pay off a small bill. Thank you very much for your support.”

“Young women were struggling before this crisis began, but we knew this pandemic was going to make things even harder for so many of them which is why we worked quickly to set up the fund. But this problem is not going away.

“So far the money raised has helped vulnerable young women buy food for them and their children, pay mounting bills, books to help women to study and ease the burden and anxiety of debt.

“We have been blown away by the generosity of our allies and supporters since we launched the fund in March. We think we can go even further than the £126,000 we’ve already raised and have set ourselves an ambitious goal to quadruple our original target to £200,000. This will help us reach and help 1,750 young women by the autumn who are struggling to make ends meet.”

To donate and find out more about the fund and its criteria here.