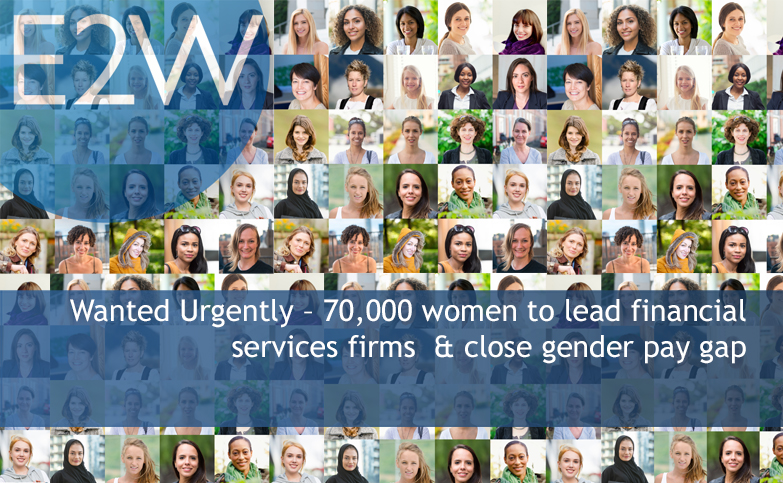 70,000 women might seem like a big recruitment headache but here, Mark Freed explains why this number is critical in achieving gender parity.

According to the Office of National Statistics the financial services sector employs roughly 1.2m people in the UK.  The same source shows that roughly 40% of those employed in the sector are women.

The reports that institutions are producing to explain their gender pay gap figures and share the actions they are taking to address them, suggest that the problem and solution will be found in closing the gap at senior levels - although the industry prides itself on being a meritocracy, most of the senior roles in the industry and highest earners are men.

How big is the gap?

Our analysis of the Gender Pay Gap reports is currently showing that in the average institution only about 27% of the top quartile earners are women.  That varies from less than 20% in investment banking and wealth sectors, to 36% in the more, and often lower paid, retail focussed sectors.

Put another way, if you took the 300,000 highest earners from a representative cross section of firms, only 80,000 of them would be women.

How big is the challenge?

The answer to that question will depend on the sector you work in and its targets.  For example, the challenge in investment banking and wealth is far greater than that of retail banking.  Do institutions want to be completely gender neutral or would moving to a 40w/60m gender split be acceptable?

Many firms in the sector aspire to be gender neutral in their top tiers:50/50 by 2020.  If this was an industry wide goal, to achieve it, we would need to promote or recruit and then retain 70,000 women to deliver those senior roles.  i.e. almost double current female representation at senior levels.

If you are one of those 70,000 women then why not register with us now.

How are we progressing?

The progress report says:
“The percentage of women amongst senior managers in the 68 firms increased by 3% on average in the first year and will need to increase by a further 27% in order to reach the average target for the cohort by 2022.”

The report also states that, in this first reporting year of the Charter, the signatories’ data clearly shows that they have engaged in a wide range of activities in order to accelerate the pace of change in future years.

It’s worth noting that E2W met one of its additional commitments to the charter by Helping 200 women to advance, continue or return to careers in financial services.

The transparency afforded by the Women in Finance Charter & Gender Pay Gap reporting will allow us to monitor the progress.

If you would like to discuss your targets and potential strategies to achieve them, please contact me, Mark Freed.