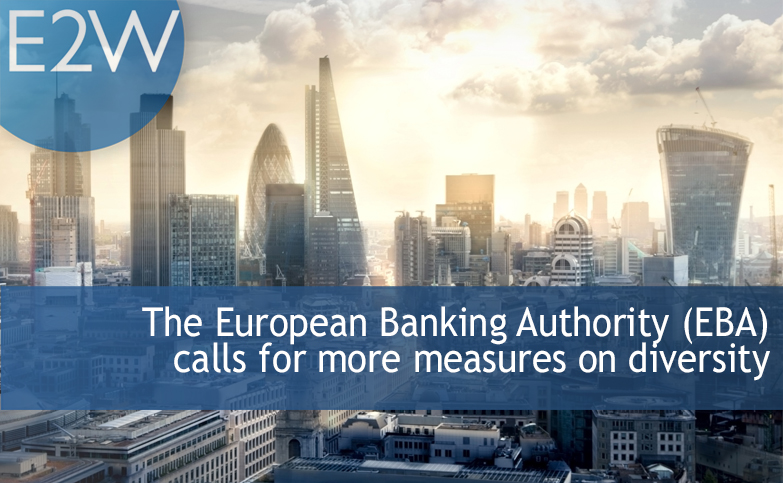 The European Banking Authority (EBA) calls for measures to ensure a more diverse management body in institutions. You can read the full article here.

The European Banking Authority (EBA) issued a new benchmarking report on diversity practices in credit institutions and investment firms analysing the development since its 2015 diversity benchmarking exercise. Based on data as of September 2018, still many institutions, 41.61% out of 834, have not adopted a diversity policy. The representation of women in management bodies is still relatively low and many institutions do not have a gender diverse board. The EBA calls on institutions and Member States to consider additional measures for promoting a more balanced representation of both genders and on competent authorities to ensure institutions’ compliance with the requirement to adopt diversity policies.

More diverse management bodies can help improve decision-making regarding strategies and risk-taking by incorporating a broader range of views, opinions, experiences, perceptions, values and backgrounds. All institutions are required to adopt a policy promoting diversity within their management bodies. The issue of diversity is not limited to gender; it also concerns the age, professional and educational background, and geographical provenance of the members of the management body. Despite the legal requirements, a significant proportion of institutions have still not adopted a diversity policy and not all institutions that have adopted a diversity policy promote gender diversity by setting a target for the under-represented gender.

The gender representation in institutions’ management bodies continued to differ significantly between Member States. At EU-wide level, in 2018, two thirds (66.95%) of institutions had executive directors of only one gender. In nearly all such cases, the board was composed only of men. The situation in the largest institutions in each Member State (significant institutions) improved slightly but in 2018 was still not satisfactory as 50.63% of them (60.34% in 2015) had no female members of the management body in their management function. With regard to the supervisory function, 70.78% of institutions have non-executive directors of both genders.

The EBA also collected data on remuneration for the management body to establish if there is a gender pay gap. In most institutions, the remuneration of male members of the management body is higher than that for female members. This can partly be explained by the fact that only 8.53% of chief executive officers (CEOs) and 9.49% of chairpersons are female, and higher remuneration is usually paid for those functions. However, the different roles alone cannot explain the observed differences in pay.