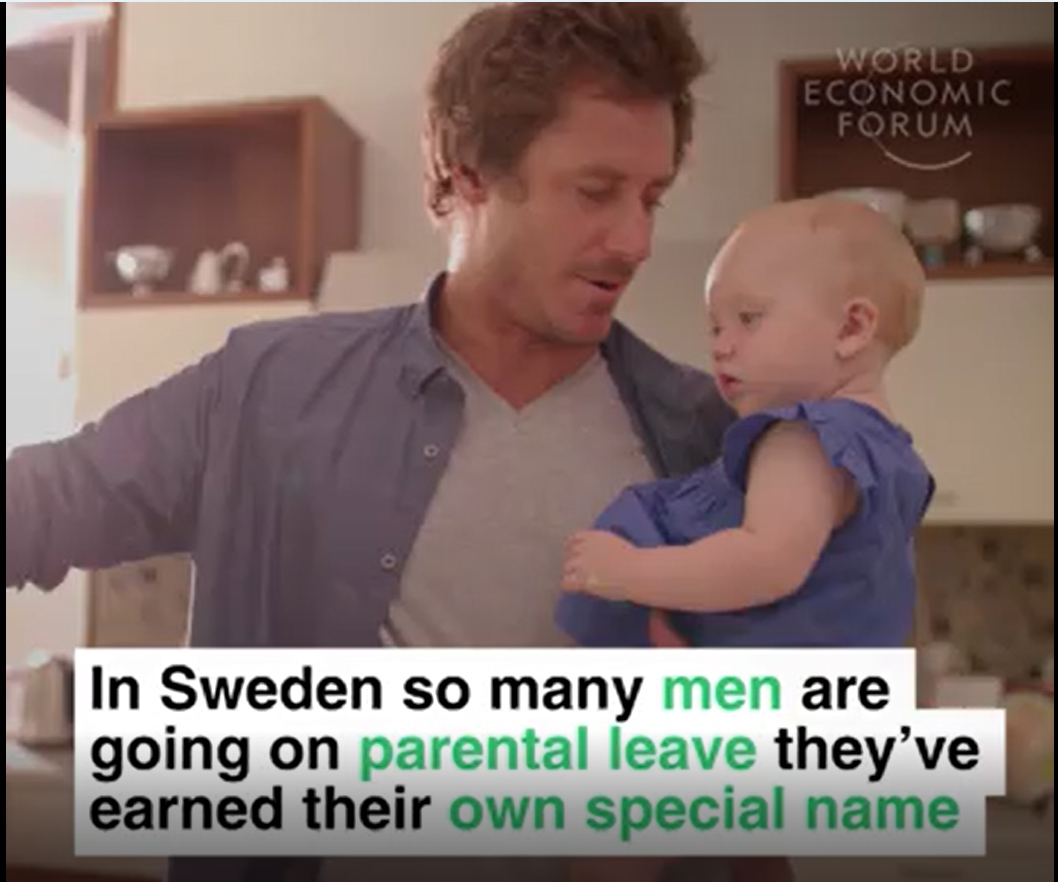 In Sweden, there are "latte dads."

World Economic Forum:  This is what Sweden's 'latte dads' tell us about a critical social change.

In an NBC News article profiling American dads who move to Sweden to live in a different parenting culture, authors Alexander Smith and Vladimir Banic write that it has become so common for new fathers to take parental leave that it's largely frowned upon if you don't.

The result, the authors write, is that "Areas of Stockholm are now rife with 'latte dads' — typically youngish, bearded men carrying their babies in slings or hanging out with their toddlers."

Americans aren't the only ones seeking out the life of a latte dad in Sweden. In a 2012 article in The Observer by a British man who was raising his kids in Malmö, Sweden, journalist Richard Orange writes:

"Men with prams have become such a familiar sight since shared parental leave was first introduced in 1974 (a full 41 years before parents are scheduled to get it in the UK under the government's proposals) that there's even a name - 'latte pappas' - for the tribe.