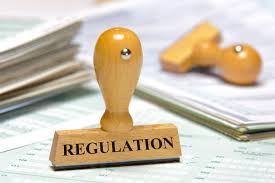 Most of us are affected by the regulatory environment. According to reports the many EU market reforms due to take effect in 2018, will cost the financial services industry more than $2bn during 2017. That said, it is no surprise then that it is important for us all working within the industry to at least be aware of the reforms and for some to know and understand them in the minutest detail.

However regulatory reform impacts them,  E2W members now benefit, with the launch of our regulatory team, from a safe and collaborative environment in which to team up with and learn from other members.

Thursday 20th of October saw the kick-off meeting of the E2W Regulation team. The team currently comprises of members from a broad range of firms including GSAM, Bank of England, Red Deer, Barclays, Host Capital, Henderson and Jordan International Bank.  The aim being to get a broad and varied perspective of how Regulations are being tackled by key-players and participants across the board to help all Members.

It was clear from the outset that this is an exciting and fast moving arena and one in which the topics of conversation will be fluid and subject to a lot of change. As part of the plan to meet a minimum of 4 times a year, we will be meeting again in January 2017 to discuss, amongst other items, Senior Managers Regime. The topics however, are in no-way prescriptive and the suggested themes should be as fluid and changeable as the environment that we find ourselves in. If you have something in particular you would like to thrash out, let us know. We would be glad to add it to the agenda!