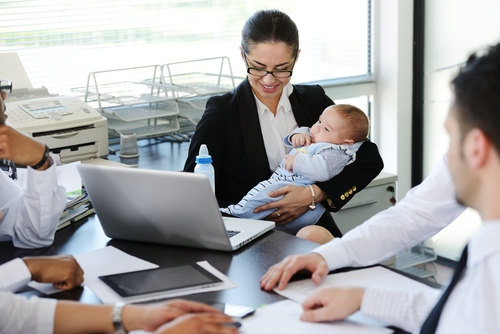 Media attention has recently focused on equal pay for women and the Government is currently in consultation about forcing companies to report the gender pay gap. A new Equality and Human Rights Commission Survey is also looking into an alleged 54,000 women losing their jobs because they are pregnant and many women report having difficulty in finding a job once they have had a career break that is flexible enough to suit the hours they have available.
Some of these issues will take a long time to resolve, but E2W is already leading the way when it comes to spotting and providing roles that suit high calibre women returning from a career break.

The Founder from E2W says “Some years ago I had this hunch that there must be many highly qualified women who left full-time positions in the finance industry to start a family, so we developed a Flexible Working Hours Model on which we have grown the company. As we developed this framework we attracted high calibre employees who want to work flexibly, but still excel within a challenging and rewarding career”.
There is an immense amount of talent out there eager to return to work and E2W have helped pave the way for many women returners.
Flexible work options are a win-win for businesses and also the key to inviting some of the most highly educated and underutilized candidates back into the workforce.
A candidate who recently returned to work after 16 years was only able to do so because of a flexible job. The idea of “getting an office job was not only daunting, it simply would not work for our family. I knew in order to work I needed a great deal of flexibility in deciding which hours I would work”
“After working for only four months, I have been promoted, with an increase in pay, and I have been offered the chance to be a mentor!” Without flexible work options, employers miss out on this kind of high-calibre employee far too often.

New Reality, New Vision
A key turning point for many women in the workforce is motherhood. Becoming a parent alters career paths for moms and dads, but moms in particular are more often forced to make difficult decisions related to career and family.
The 40-hour work week we’ve become accustomed to as a society was adopted during the 20th century, “a historical bargain between employers and labour for a family wage sufficient to support a male breadwinner and a homemaker spouse. However, only about 20 percent of families fit that model anymore.

Our new reality requires a vision for what work looks like. Mothers are fast becoming the primary or sole source of income with children under 18. However, a full 43 percent of working women quit their jobs when they have children. A survey of stay-at-home mums who identify as “career oriented” found that 55 percent would prefer to be working now.
In order to keep women participating the workforce throughout their careers, companies must do a better job of offering formalised flexible work options. Not only does flexible work help to increase an employer’s candidate pool, it also offers monetary and productivity benefits.

The founder from E2W comments “It’s unfair to force people to make difficult choices when it comes to career and family. It’s a matter of being open to individual needs – and really listening. Change is difficult, especially in bigger organisations – it’s easier for smaller companies to offer flexibility and it is also easy for big firms to listen and implement some of the learning. But the questions to ask are: what is important here? And what does getting the job done mean? Once you start thinking around those questions, you open up the possibility of different work structures – all with people who are willing, keen and able but who just need to work at different times”.