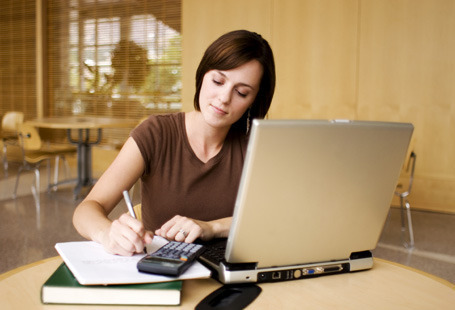 Flexible Work is Crucial for our economy

JAPAN’S economy is in free fall, struggling with a rapidly ageing population, declining productivity, and a low birth rate. Prime Minister Shinzo Abe has a problem. His fundamental solution is to encourage more Japanese women to work.
It’s an old-fashioned society, and the role of looking after children has traditionally been the women’s. Once these highly qualified women fall pregnant, they are often pushed aside in the workplace.

To date, Dads haven’t been able to assist, as the culture in many Japanese firms is to work exceptionally long hours, six days per week. The trend doesn’t only leave men unable to support their wives at home, as many workers are subject to Karoshi —which can be translated literally as “death from overwork”.
It’s therefore not surprising that 60 per cent of women chose not to return to work after they have had their first child. Not only are they unable to rely on support from their husbands, they’re unable to find a job that will let them leave before 11pm to pick up the children and childcare is in critical short supply in the country.

This ancient working culture has caused a sharp fall in the Japanese birthrate, which has left the country with a rapidly ageing population, and those currently working can’t keep up.
How is Mr Abe’s going to get more women into the workplace? A whole culture needs to change. Flexible employment arrangements and increased availability of childcare are priorities on his agenda.
The work/life balance in the UK isn’t perfect, however, it’s getting there and thankfully we are a long way from the conditions Japanese workers face.
The office of National Statistics show there was a slight decrease in 2013 of total fertility rate to 1.85 children per women, similar to Australia and the US.

Over the past few years, more and more mothers have returned to the workforce, many on a part-time/flexible basis. This has allowed them to not only increase the UK’s overall economic productivity, but has given them the time to support their family, attend appointments, go to school events, and generally keep the household running.
These unpaid tasks are critical to the running of the family home, and it’s important someone takes charge, whether it’s the mother or the father — usually the mother. Hence a strong need for flexibility in the workplace.
This means that if we want to increase women’s participation in the finance workforce — particularly in senior, full time roles — more needs to be done.

That doesn’t just mean mums have to have an understanding and flexible employer (although that helps). Fathers who work also need to step up. Yes — that means they need a flexible boss or be a flexible boss too.
E2W was set up in 2000, specifically for this issue, as there was a gap in the market of flexible jobs available in the finance world for mum’s wanting to return to work and still have time to run the family.

From the outset E2W sought to tap into this significant resource pool of women who had typically left the city when they were ‘excluded’ from financial institutions because these firms could not offer true work-life integration. E2W created an environment that enables this extraordinary resource to become productive once more and recognised that it was time to offer an alternative approach to prevent the current talent and investment drain from the workplace.
E2W devote significant time into promoting gender diversity and in particular the challenges faced by women. In addition to these groups, E2W support a number of initiatives who are aligned to the cause:-
• Women Returners
• The UK Governments Think Act Report
• Breaking the Mould (runner s up in 2015)
In addition, a number of local and global charities that are typically focused on children:-
• GOVI
• Computers for Africa
• CHYPS
It really does take a close nit community to raise a child and our country’s future is counting on it.