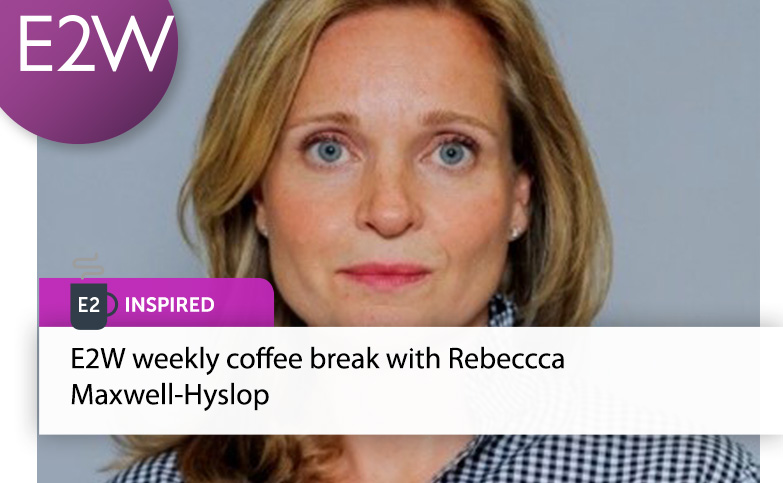 E2 Inspired -The power of a pivot

E2 Inspired -The power of a pivot

You can be successful in your career and enjoy what you do, but that doesn’t mean it will always be the best option for you. Having the courage to make a change and start again in a new field can make your life even richer – both personally and professionally.

In this week’s E2 Inspire, we heard from Rebecca Maxwell-Hyslop about her life in the City – and the big change she made more recently. Her career has been defined by her confidence and tenacity, starting at the very beginning when it helped her get a foot in the door at First National Bank of Chicago and to then rebound from her whole team being made redundant a year or two later.

She then spent a couple of years at Barclays in a role she found through her network, before being poached as part of a team of four by Credit Suisse to set up a desk for them. This involved creating their own business from nothing within the structure of Credit Suisse, which they built up to a $20 million operation. Starting a family led to her focusing on expanding her role professionally and personally by building her network within Credit Suisse and offering support in roles such as Chairing the career and personal development subcommittee of the women’s network.

More recently, Rebecca decided it was time for a pivot. In her banking role, she only got to take her children to school once a year on the first day of term and she knew that wouldn’t change unless she changed what she did. Looking for a new role that would give her more control, Rebecca decided to start her own business in wealth management. Redundancy gave her the financial buffer after eight years as a client of St James's Place, she chose to retrain through their academy programme.

Rebecca is now building her business as she works towards full qualification and we’re very pleased to say she will be joining us again soon for an E2Wealthier event on the topic of personal investing.

It was a fascinating presentation followed by some great questions from our audience. If you’d like to hear Rebecca’s story, and her tips and suggestions, for career development, please watch the video now.