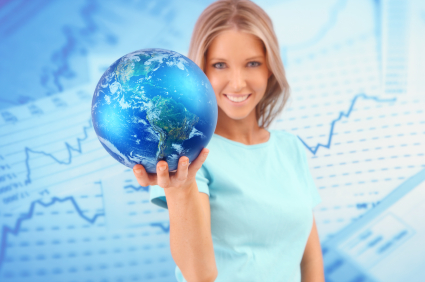 A DAY TO CELEBRATE, SUPPORT AND EMPOWER WOMEN ENTREPRENEURS WORLDWIDE

Today, December 2nd 2015, is a day on which the work of women entrepreneurs is observed and discussed. The programme launched today is the first Wednesday after Thanksgiving and the #WomenWOW social media campaign (Women on Wednesday) is to encourage everyone to support women owned businesses and causes that will inspire millions.

The aim is to engage women and men globally from Cambodia to California, to encourage and inspire women in their local communities by offering a vote of Talent, Time, or Treasure! The mission for 2015 is to have one million pledges worldwide and connect women with the resources they require to grow and prosper. The motion creates a vast network of truly inspirational and motivated individuals.

Women’s Entrepreneurship day was founded to empower women and inspire girls in business globally. WED received massive global media attention around the world, before, during, and after the inaugural launch last year on November 19th, 2014 and was observed in 144 countries. The day bonds women leaders, innovators, and entrepreneurs to gather their thoughts and skills to help initiate female start-up companies. This creativity and inspiration also helps to drive economic expansion and develop communities worldwide. WED is a movement that carries throughout the year in support of female entrepreneurs globally. Whilst empowering women and their businesses, the day brings together a think tank of women leaders that amplifies their support and advice on how to grow and expand. By interacting and engaging with the local Women’s business, enables worthy social initiatives that assists communities in poverty around the world.

Wendy Diamond, the founder of WED, had been volunteering with the Adelante Foundation which provides microcredit to low income women while in Honduras. Upon her return to the US she decided she wanted to develop a day of recognition to help raise awareness across the globe.

It was described by Fortune Magazine as “a global movement to celebrate and support female founders and shed light on some of their challenges.” Forbes Magazine wrote that the intention was also “to mobilise a global network of female business owners, entrepreneurs and change makers who support and empower this community of women entrepreneurs and their businesses. The event was proclaimed an “official day” by both New York Governor Andrew Cuomo and New York City Mayor Bill de Blasio.

So let’s get involved and encourage and support the WED movement for the day, and share some time, talent or treasure with local women’s business.