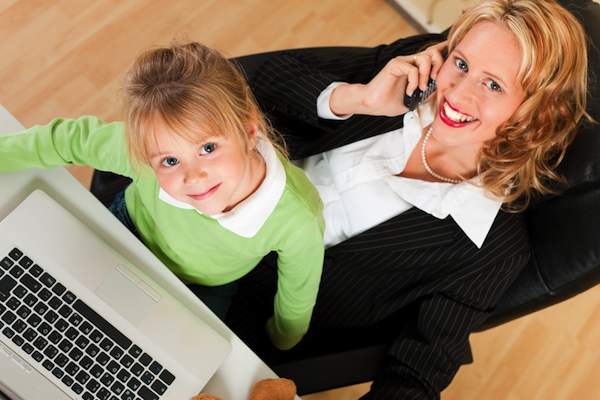 Almost half (49%) of women think that part-time or shorter working weeks are a great option for mums, while 20% believe job-sharing can work out better. Only 15% of mums who have worked a shorter week are unhappy with this arrangement due to the full workload still expected of them on the lower salary. 10% of mums do not advocate a career break while the children are small due to the difficult nature of getting back into employment after this time.

The survey also found nine in 10 women admitted to searching for a new role to get better benefits when planning their family, while 43% of women considered delaying their baby plans due to a lack of or poor maternity benefits in their workplace.
Affordable maternity leave.

Nine in 10 mums said that they simply couldn’t afford to live on the State Maternity Benefit alone and 95% think the Government should encourage all employers to top-up their maternity benefits. 53% of mums saved extra money before their maternity leave to help bridge the financial gap.
Other findings:
– Career: only 29% of mums this year are interested in developing their career after having a child, down from 42% last year. Many mums are happy to continue in their role as before, while 36% report having less ambition since having a baby. 1 in 5 mums reported feeling anxious that their colleagues would see them as less committed to their role since having children.
– Return to Work Rationale: the main reason for 77% of mums returning to work after having children is for financial reasons. One in 10 mums said they needed mental stimulation, 6% felt they needed social interaction with adults, while 7% of mums said they loved their job and couldn’t wait to get back. Just 13% of mums said they felt ‘ready’ to go back to work.
– Return to Work Preparation: 37% of mums returning to work started batch cooking or bought a slow cooker. 28% met up with colleagues to catch up on office gossip, while a further 27% bought a new work wardrobe or changed their hairstyle. 15% employed a weekly cleaner to help with the housework.
– Mummy Guilt: 88% of working mums experience some form of mummy guilt. A sick child tops the triggers for mummy guilt