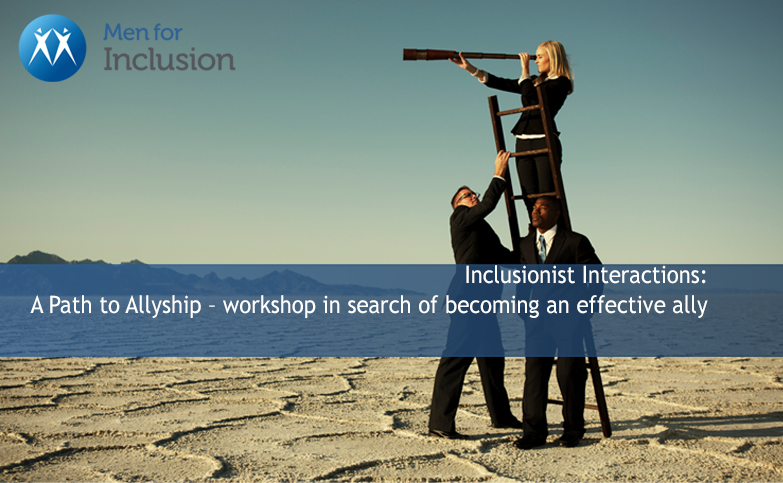 Inclusionist Interactions: A Path to Allyship – a brief workshop in search of becoming an effective ally

From your PC, laptop or phone - Via ZOOM

Come and join other Men for Inclusion 'Inclusionists' for our bi-weekly virtual chat and discusion. We are welcoming members and non-members to join.

For this week’s Inclusionist Interactions series Michael Lassman we will be leading a discussion "Path to Allyship a brief workshop in search of becoming an effective ally".

It’s no longer good enough to just say “I support your campaign”, we have to do something to show the support and become a part of making change – working to develop an inclusive society. A major step to achieving this is to become an effective ally. A process that should be a straightforward enough process, but one has to understand difference, in its widest context and the journey to allyship begins with the recognition of one’s own otherness.

This session will demonstrate how we can each take responsibility of affecting change as we develop the skills needed to become an active and effective ally.

Michael has many years’ experience as a diversity and inclusion practitioner, with a passion for equality and social justice in the workplace and beyond. Originally, he was a youth worker specialising working with young people with severe learning disabilities on integration programmes in the 1980s. Since then, he has worked with older people recovering from strokes and spinal injuries and was also the chief executive of a small national mental health charity.

In 2006, Michael founded Equality Edge, to provide coaching, training and public speaking on many aspects of diversity, inclusion and allyship. His work takes him into public sector organisations and businesses of all sizes. Since 2016, he has also been delivering services to large corporations in India.

Michael is the London Regional Chair of the Federation of Small Businesses, with responsibilities for both member and political engagement, lobbying and policy development. He is also a trustee of several charities.