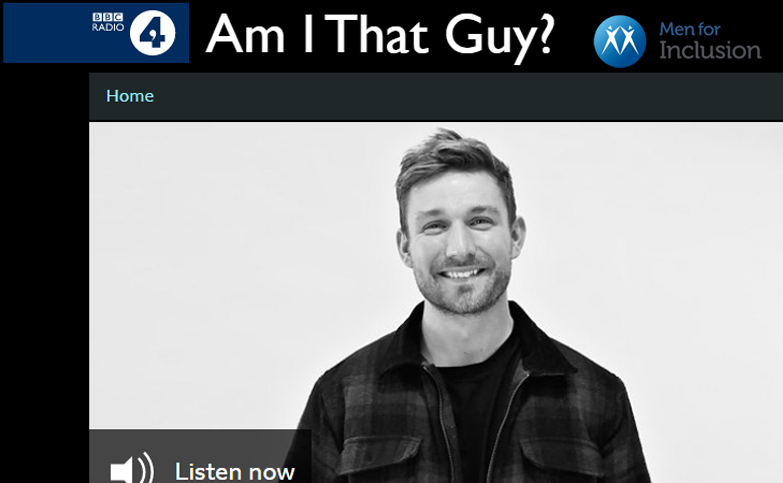 Come and join other Men for Inclusion 'Inclusionists' for our fortnightly virtual chat and discussion. We are welcoming members and non-members to join.

This week we will be listening to and discussing Alistrair Heather's BBC programme “Am I that guy? ”

Scottish writer and broadcaster Alistair Heather is not proud of some of his past interactions with women. In a previous job as a builder’s labourer, he would watch and laugh as co-workers wolf-whistled and cat-called passing women. In the street, on trains, in cafes, bars and other public places, he would see it as his right to approach and talk to women.

He knows that in behaving like that he has contributed to women and girls feeling excluded and unsafe. Now he wants to find out what he should be doing to help change the culture for the better.

Alistair discusses ‘locker room talk’ with former Aston Villa youth player and Dundee United Hall of Famer Seán Dillon, challenges an old friend and explores Police Scotland’s much-praised campaign which urged men to address their attitudes to women with a hard-hitting viral video telling them: “sexual violence begins long before you think it does. Don’t be that guy".