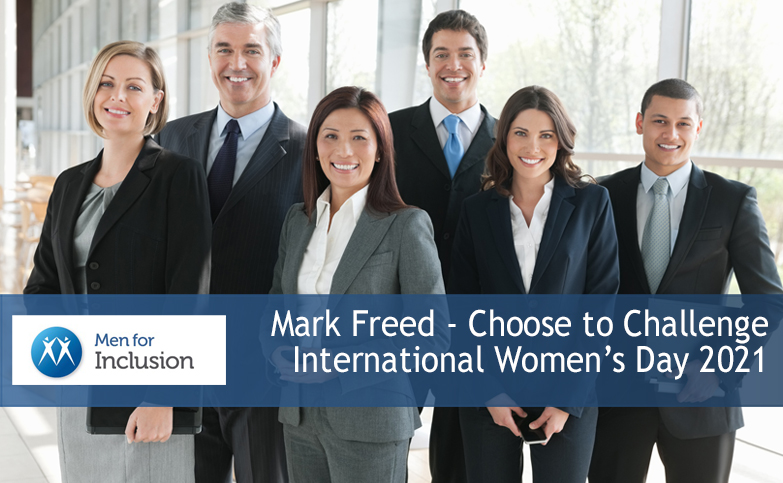 Why are we writing about men as we approach International Women’s Day? Well, because men’s voices are mostly missing from conversations about gender equality of opportunity at work.

Most men don’t deliberately exclude or overlook women or try to impede their progress. In fact, if you suggest this to men, most are rightly offended by the idea. Fundamentally, the many ways in which women face more barriers to career progress than men is not obvious to men. It is not deliberate, it’s not even thoughtless; it is a void of thought. We call this accidental sexism.

Being accidentally sexist shouldn’t let men off the hook. It’s powerful when men speak out to other men to challenge behaviours that get in the way of women’s feeling of belonging and being fairly credited for their contribution. That’s because it’s more surprising to hear this from a man.

So, this International Women’s Day we invite men to film yourself talking briefly about what you
#ChoosetoChallenge and tag us! #MenforInclusion

To get the conversation started this is Mark Freed’s #ChoosetoChallenge ⬇️⬇️
What is yours?